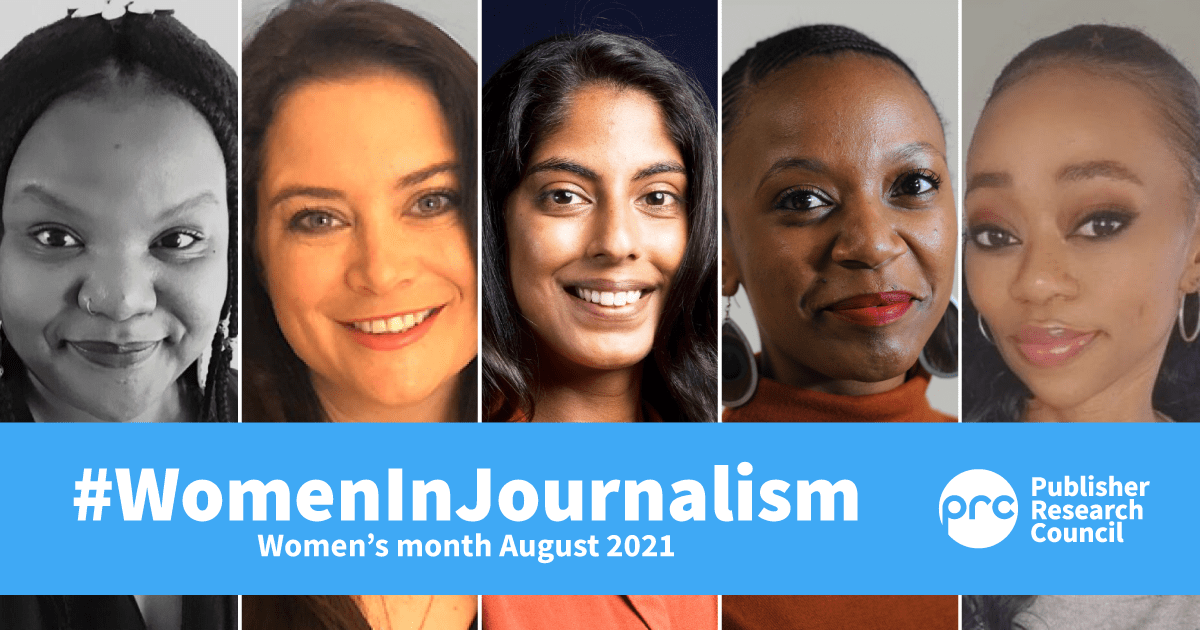 We’ve compiled some pearls of wisdom from the #WomenInJournalism featured this past week by the PRC on its social channels in celebration of Women’s Month in a weekly compendium. Thank you to these talented female custodians of the truth for sharing their career advice, views on the value of journalism and comments on the importance of a free press with us. We completely agree with Francesca Beighton, General Manager for Maverick Insider | Daily Maverick that real journalism is a sacred, trusted source of the truth. 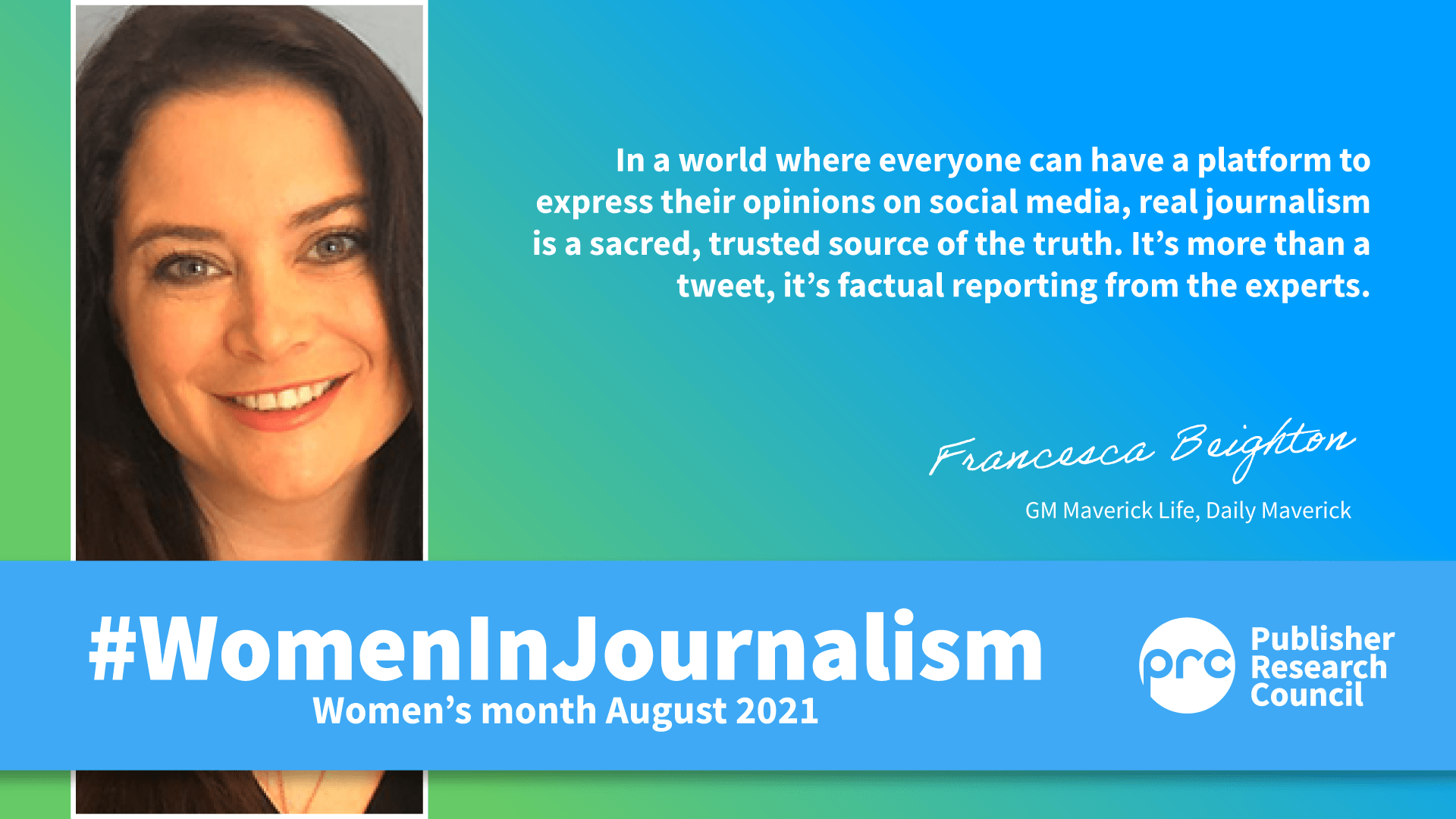 Azarrah Karrim, Investigative Journalist at News24 explains that she grew up during a time when “journalism was a key force moving the new democracy forward. I look up to journalists – especially women journalists – like Pauli Van Wyk, Qaanitah Hunter and Mandy Wiener who exposed the inner workings of corruption, government incompetence, state capture and exposed readers to realities they never knew. And even those who came before them – Ruth First and Joyce Sikakane for example, who put their lives on the line for their work – I knew I wanted to be part of that force. I come from a family that was heavily involved in the struggle for democracy and I wanted to look at ways of taking that struggle forward. I wanted to play a role in exposing those responsible for wrongdoing and holding them accountable, informing people of the truth and being part of history – an undeniably important influence that the media has.”

She says even though she would probably not have taken her own counsel, she would “attempt to enlighten my younger self about the joys of learning and advise her to invest more energy in seeking knowledge, no matter the topic – read, discuss and experience. I would tell her that she was enough and anything she wanted to do was possible. I would tell her to look at the women around her and be inspired by them and cherish those relationships.

Her view on the value of journalism? “A well informed electorate is the backbone of a functioning democracy, that’s where the value of journalism comes in. If there is no free-flow of information, or wrong/false information, it can lead to disastrous decisions. Journalism can empower people by informing them so that they can go on to make the best decision for themselves, their communities and the country.” 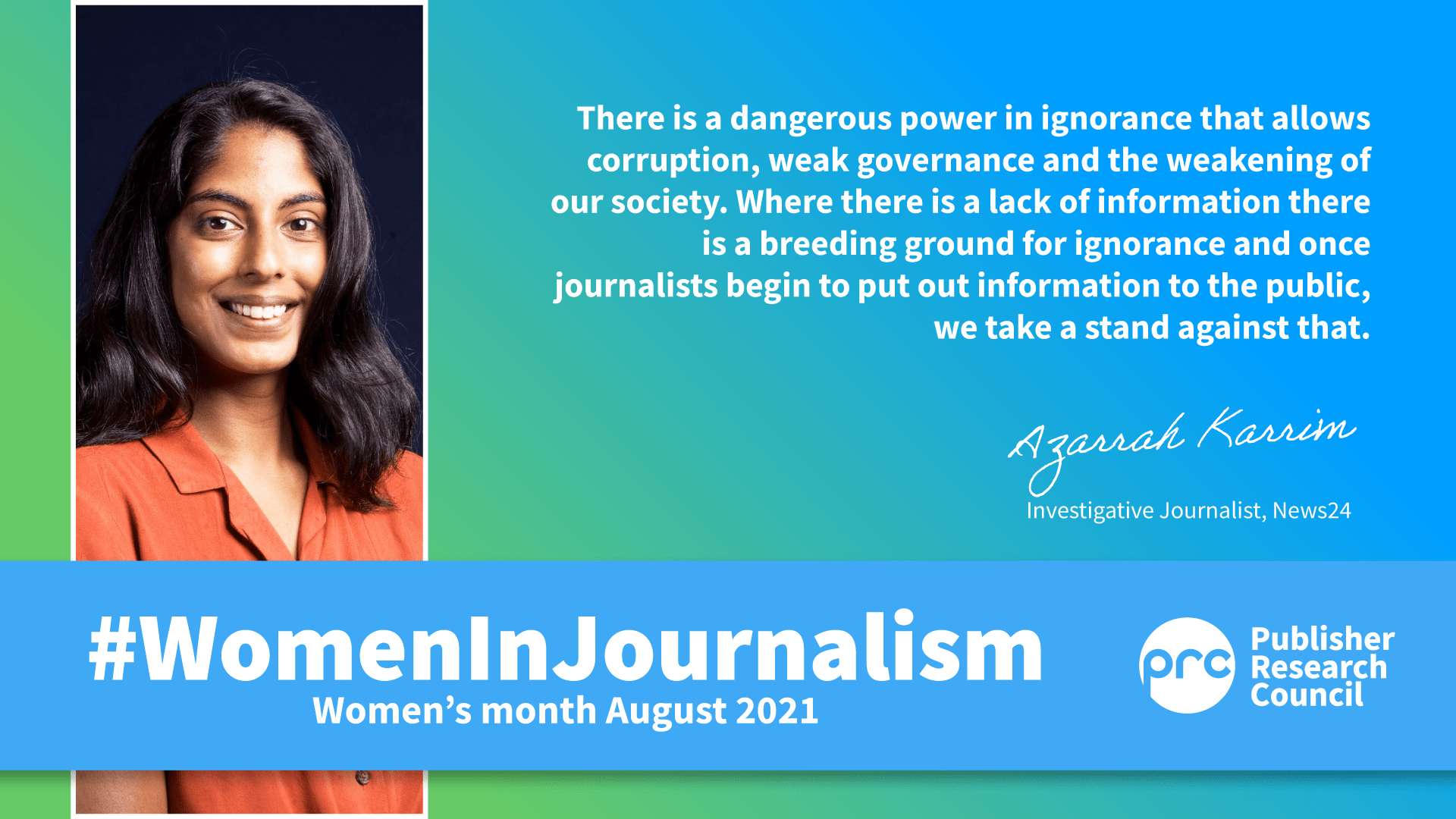 Zukiswa Pikoli – Journalist at Maverick Citizen | Daily Maverick, says “dignity is at the heart of pursuing social justice” and believes that “recognising it in each other compels us to want to work towards a society of equals.” 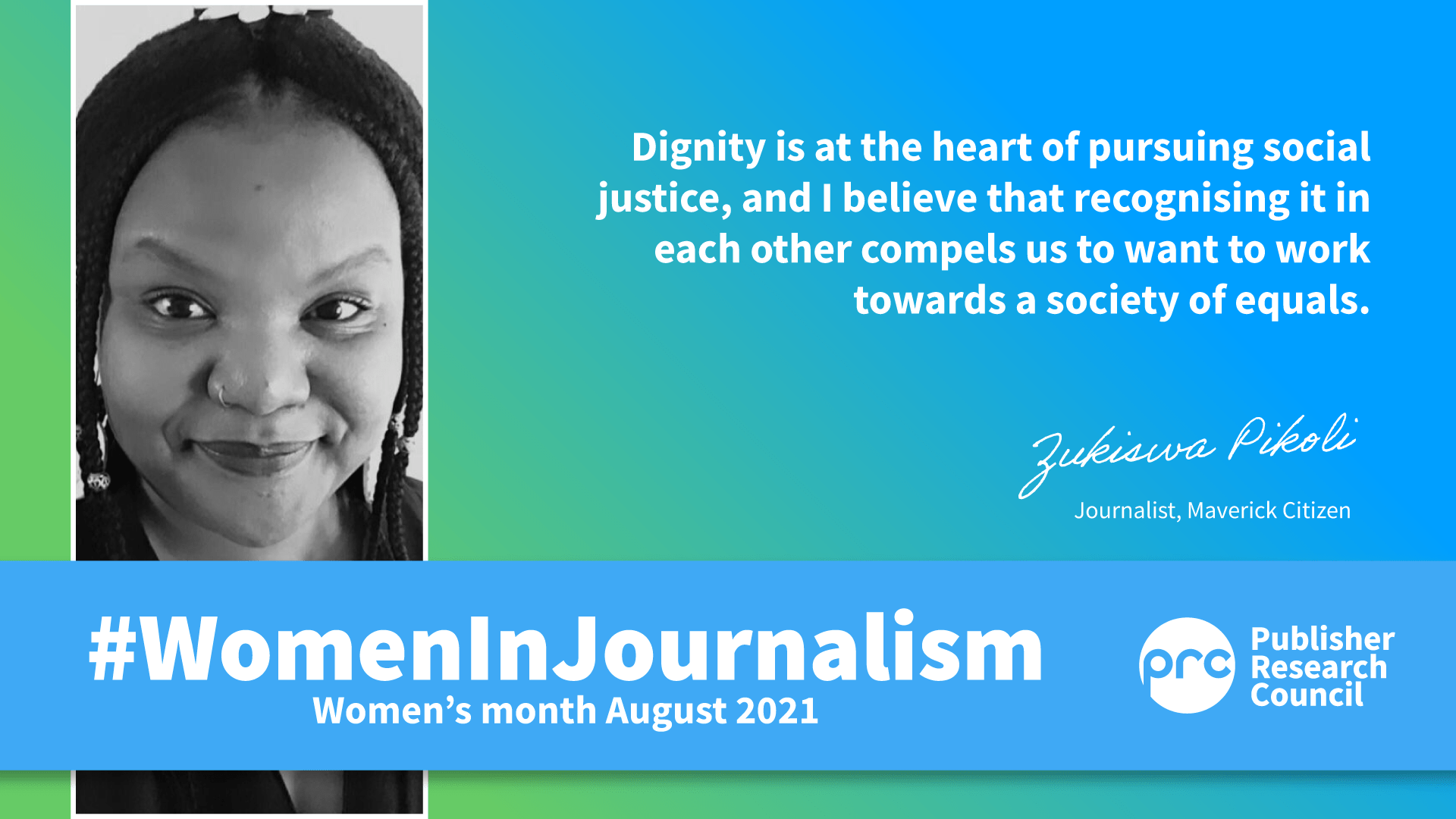 When asked what inspired her to choose a career in journalism, Mpho Raborife, Managing Editor at News24 explains that she wanted to play her part in South Africa’s young democracy “by holding power to account and keeping the citizens informed.” She says she would advise her younger self to “Trust your gut. You’re on the right track, don’t doubt yourself.” 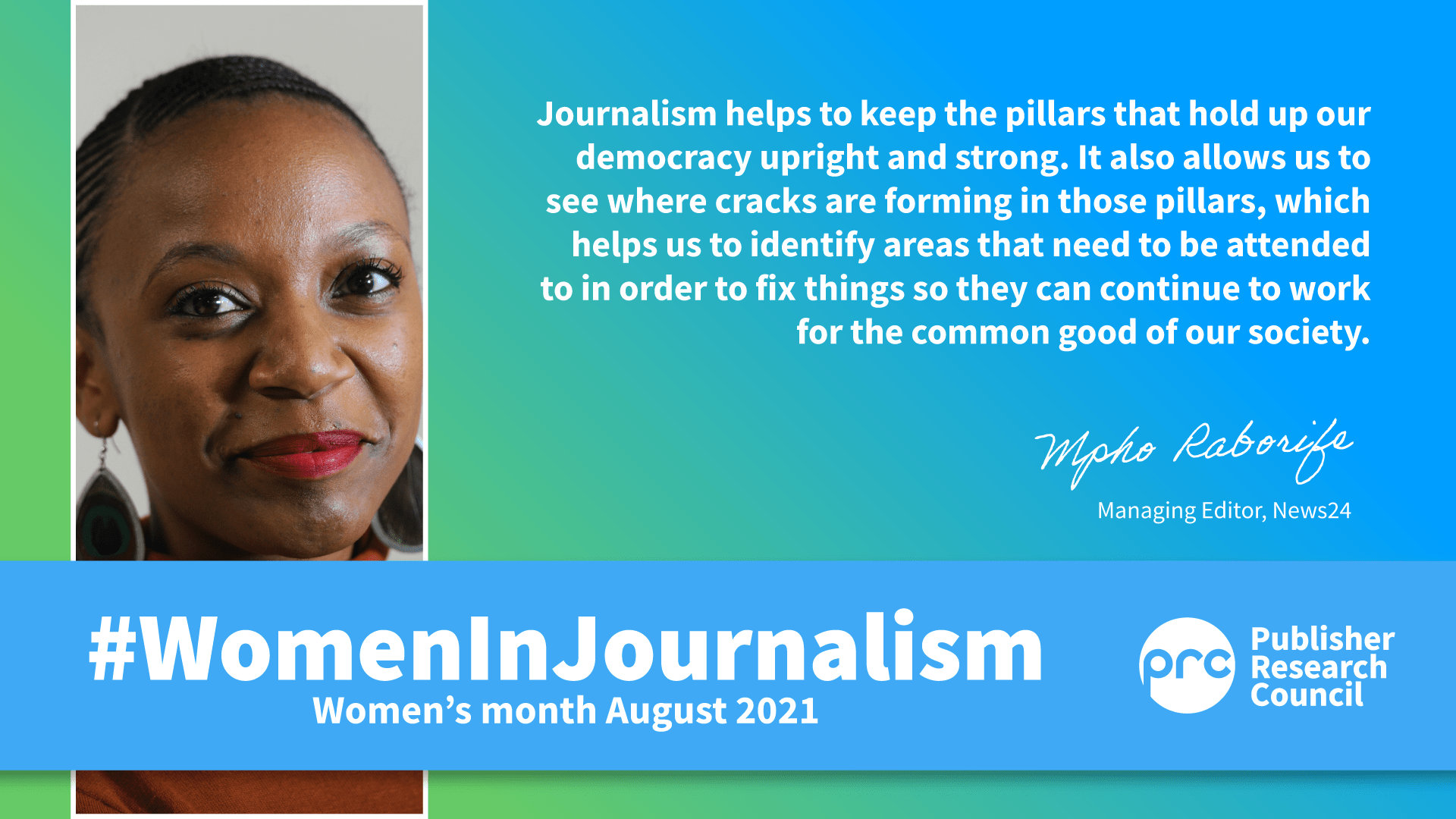 “Waking up every day to positively inspire people through words has been a childhood dream realised,” explains Thami Kwazi, Lifestyle Print Editor at The Citizen. 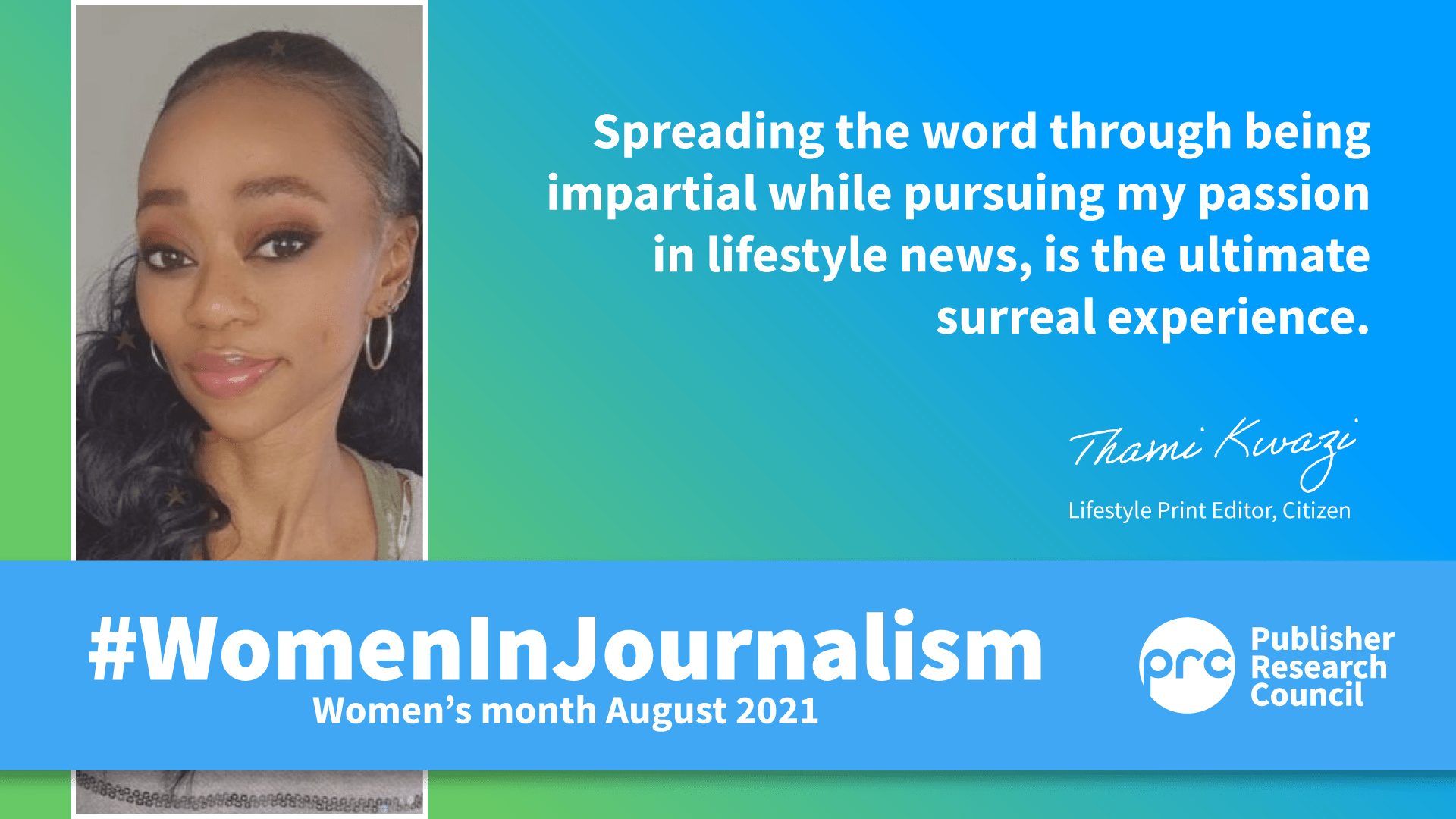 Join the #WomenInJournalism conversation on the PRC’s social channels and celebrate our talented female journalists for the remainder of #WomensMonth with us!