Not all news is trusted news. 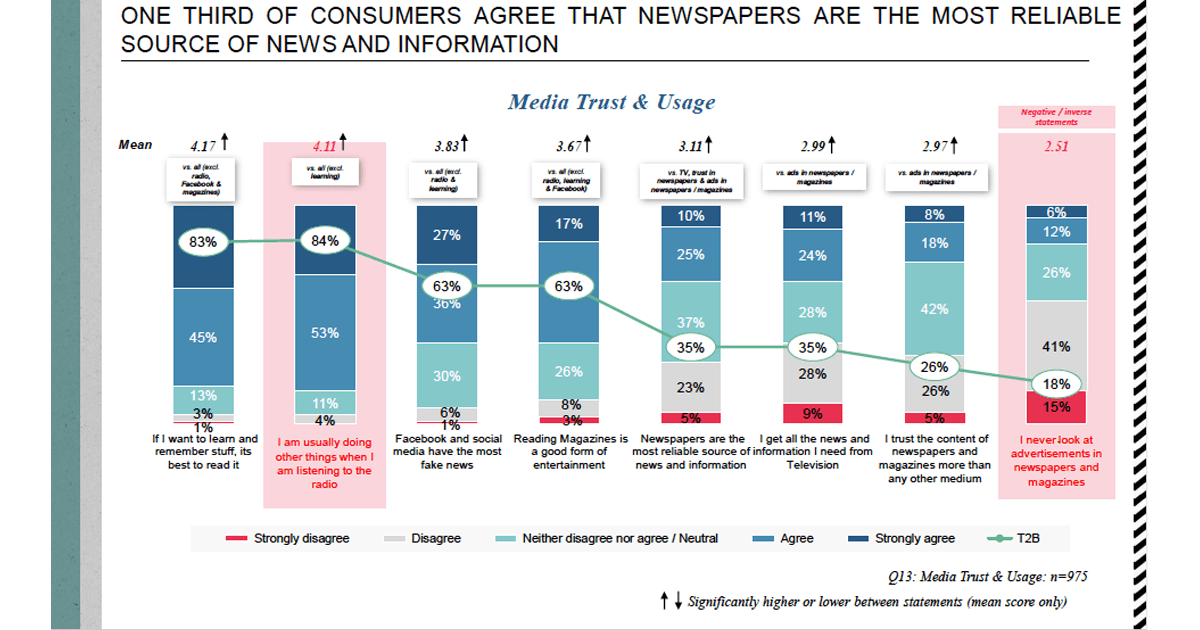 This time last year, I predicted that “at the dawn of this new decade it is clear that traditional print publishing as we know it will never return to the glory days of record-breaking advertising revenue and circulation.”  I pondered: could “digital subscription models that use data intelligently be reading’s saviour?”

In addition, my forecast was that publishers who had not begun to commercialise additional reader revenues through a variety of innovative income models (such as subscriptions, memberships donor funding and events etc), are endangered. Fast forward through what feels like the longest year in recent history and it’s chilling how prescient these words were.

But, at the same time, the Publisher Research Council (PRC)’s monthly lockdown audience adspend tracker shows there was a massive surge in news brands website traffic when lockdown began. As concerned citizens sought facts and guidance on lockdown rules and Covid-19 developments, they turned to trusted online information sources.

The monthly tracker also reflects what has since been called news fatigue as people began to tire of the bombardment of information. Yet, in the most recent tracker we see audiences remain 31% higher than before lockdown. This indicates a clear move from paper to online and proves a continuing hunger for trusted news in this time of mounting misinformation.

Concerns of false or inaccurate news.

At the very beginning of the pandemic and its unprecedented news cycle, global institutions, governments and media struggled worldwide to combat a second pandemic of fake news. The South African government, in a progressive move against the challenge to keep up, declared, three weeks into the initial hard lockdown that those spreading Covid-19 misinformation would be liable for prosecution in an effort to curb false claims about the virus flooding social media and other channels. Just recently, KZN government is fighting disinformation around ‘virus-spreading 5G’.

Media Monitoring Africa (MMA), a watchdog that promotes fair and ethical journalism which supports democracy and a culture where media and those in powerful positions respect human rights to encourage a just and fair society, simultaneously supported this challenge. Together with a range of partner organisations, MMA launched the Real411 platform as a mechanism for members of the public to report concerns of disinformation for proper assessment and verification. During the first nine months MMA had over 1000 cases, which is more proof of a critical need for trusted watchdogs to guide us in these unprecedented times.

MMA has also encouraged the adoption of the phrases misinformation (false or inaccurate information that is communicated regardless of intention to deceive) and disinformation (misleading information which is deliberately deceptive), rather than the popularised term fake news,  given that it implies that whatever is stated is actual ‘news’.

In keeping with the PRC’s recent Mindsets and Attitudes Audience Measurement Survey (MAMS) conducted in November 2020, one third of respondents agree that newspapers are reliable sources of news, while almost two thirds agree that Facebook and social media have the most fake news.

Thankfully both consumers and brands are recognising the importance of news credibility. As readers seek trusted sources of news, so too are brands seeking out brand-safe environments to carry their message to where their customers are.

Given the ongoing backlash against big-tech platforms in the aftermath of the American Capitol riots, I firmly believe this year will finally see social media platforms face scrutiny and possible consequences from a regulatory point of view. Having been an early adopter of most of these platforms, and inviting friends, family and acquaintances to (as the social media giants glibly say) ‘stay connected’, I am now suffering from what I guess is akin to ‘survivor’s guilt’.

I’ve slowly realised that if the service is ‘free’, I am the product. Thus I have started to diminish my social media activity in recent years, while some of those whom I had encouraged to use social media too have decried me doing so.

The seeds of division sown on social media platforms (who claim not to be publishers to avoid any formal regulation, yet allow the continued cycle of misinformation and divisive rhetoric to circulate) have shown that they can have deadly consequences the world over. These platforms are heading towards their day of reckoning in my opinion, not only due to governments and regulators, but because of the actions of  regular people too.

As reported recently in the Wall Street Journal, people are slowly realising that what you see in your social media feeds isn’t up to you.

May I suggest then, dear reader, that you become an ambassador of trustworthy information.

When you see a juicy headline, please check the source. When you hear someone say  “I read somewhere”, ask them where? Then check thoroughly, and judge for yourself whether or not that is likely to be fact or fiction, true information or misinformation, before you start sharing.

Perhaps, citizen by citizen, we too can become the arbiters of truth.

FUSION 2020 is a giant leap forward for advertising and media decision-makers.